Muiderslot – the touch of the Middle Ages

It had been raining for three days. Heavily. The sky was covered by grey clouds and it seemed like rain won’t stop falling anymore. This is the ideal weather for visiting museums and galleries of for reading in an armchair enjoying the warmth of the crackling fireplace. But for visiting castles…

It was raining so heavily that the windshield wipers could hardly do their job. We could barely see out and even finding the parking lot wasn’t easy. We got out of the car as quickly as we could and started to run to the entrance. While running, I shot a picture without doing the settings or looking for the right spot… just for the record to show we have been here. 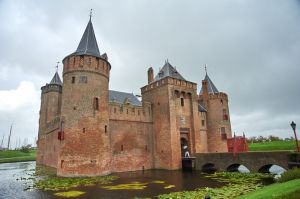 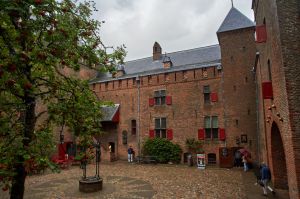 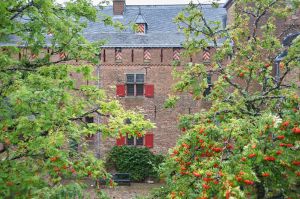 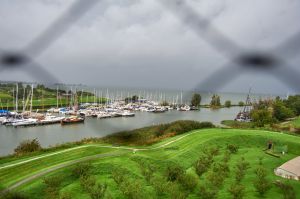 The castle operates now as the National Museum (Rijksmuseum). We participated in a guided tour that included visiting six main halls. In each room original furniture and household objects demonstrated the everyday life of the castle. The kitchen equipments from the 17th century were particularly interesting, representing the ingenuity of Dutch people. One of the most interesting devices was a modified clockwork, which rotated a roasting spit for a certain period of time and also rang when it finished. This may be one of the first household automation equipments.

In another room a small painting from the 1500s made us stop. The picture called The Baker of Eekl by Cornelius van Dalem and Jan van Wechelen presented the sad and vague legend of the poor baker.

The wealthy citizens who were dissatisfied with the shape, beauty or wrinkles of their faces visited the baker. At the bakery their heads were cut off with a huge pole axe and temporarily substituted with a cabbage. The removal of the heads can be seen in the foreground. The praying hand position of the ‘victims’ is remarkable. As the next step the half-naked assistants kneaded the cut heads, painted new faces and put yolk on them to make them young and shiny. Finally, the heads were put into the oven and after the baking to their original place. The ‘facelifted’ customers could leave happily afterwards. 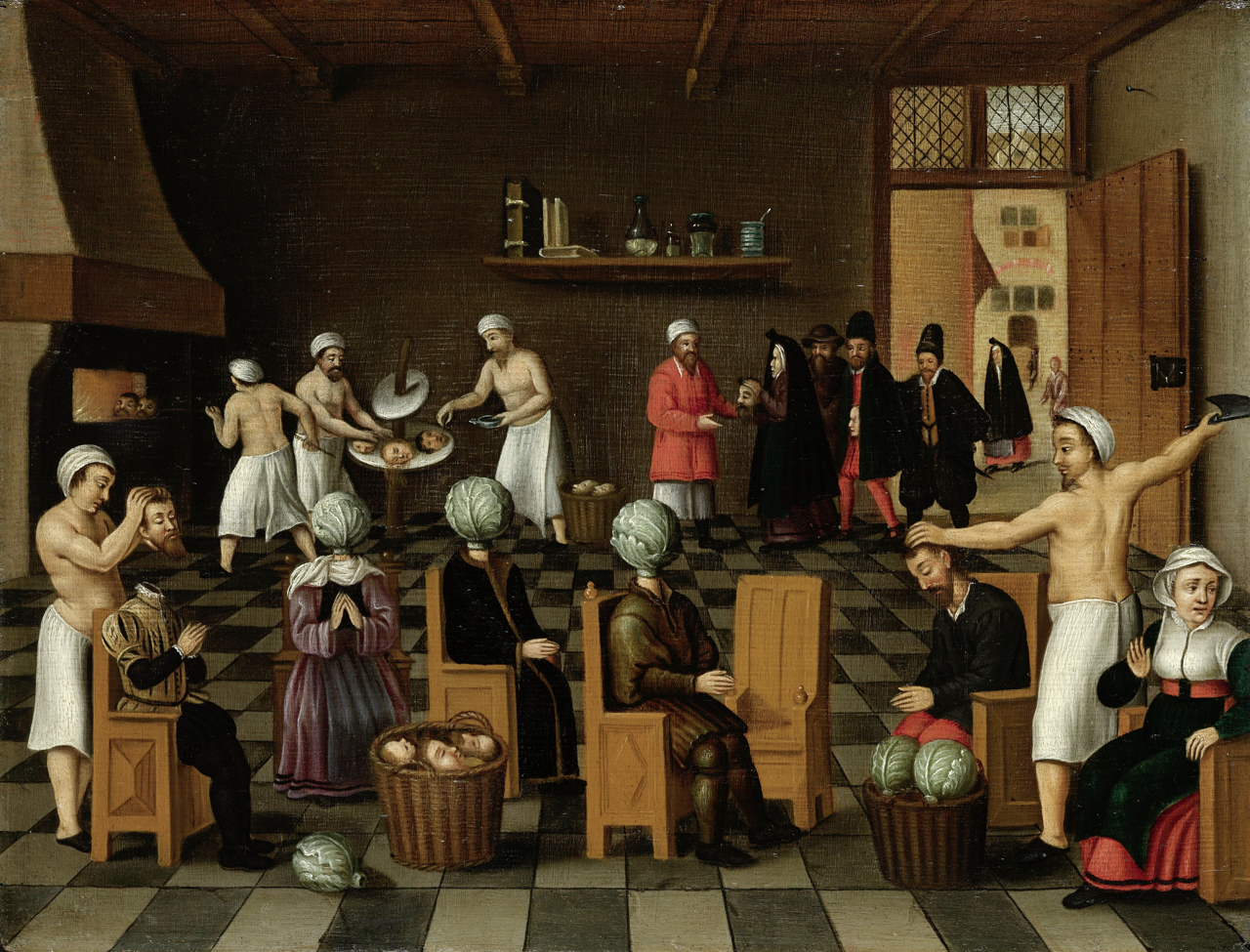 This funny painting meant also the end of the guided tour. We visited the rest of the halls on our own. The castle also has an armoury, a tower and an interactive room. In the last one for example helmet armours could be tried on to experience the limited field of view of a knight. Arbalests and the swords of the knights could also be tried letting the visitors to experience the weight of these weapons.

The most interesting one was the tournament game. Two horses were standing at the two ends of a long podium. Players were supposed to jump up on the saddles and bounce in order to make the projected horses move. Our horses rumbled widely as we rode towards each other to toss the other one from the saddles with the stab of our virtual spears. Tünde won…

I couldn’t take revenge because a retiree group arrived and we gave them our places to let them fight as well.

This entry was posted in Buildings, Netherland.