We enter the freeway near the Batu caves and leave behind Kuala Lumpur. The three lane road narrows into two lanes after a long time. It’s winding as the road from Komló that goes through the Mecsek. Left and right… I will throw up what I chewed down if it goes like this.

After half an hour the road becomes less winding, but starts undulating as well. Wherever we look we can only see a massive contiguous wall of rainforest. We’re crossing the mountain range, now which is in the central axis of the Malaysian Peninsula. We exit the freeway after one and a half hour and drive along a smaller road. It’s narrower and winding again with much less traffic. Some villages come into sight and we cross a few rivers. Signs of the huge flood are becoming more and more recognizable. The discolouration of buildings and plants indicates what the water level was few months ago.

All of a sudden, plantations appear and replace the jungle. We drive 10, 20 or maybe 30 kilometres but there are still palm trees everywhere. Oil palms, to be more precise. Malaysia is the No. 1 producer of palm oil in the world. Palm oil is mainly used in food industry, used for cooking and frying. It is also used as the base of numerous cosmetic products. After milling, the seeds are used as an ingredient of washing powders. Moreover, experiments have been made to create a palm oil-based fuel, a kind of biodiesel.

Soon after we take a curve, some men appear among the trees. They are harvesting the oil palms. It’s a must-to-see so we slow down. A skinny, wiry guy steps next to the 5-6 metres tall palm tree with a long stick, on the tip of which there is a scythe-shaped saw. Fruit bunches can be found around the leaf bases of bottom leaves. These bunches have to be cut by the skinny guy. Ripe, red fruits fall to the ground one after another, as a result of his experienced moves. Bunches, whose stems have the size of a man’s wrist, can weigh 15-20 kilograms. If you crush this date-like fruit between your fingers, it feels like an oily ointment. However, palm oil is not cold-pressed as olives. Fruits have to be boiled before this procedure. Later on, we pass by the palm oil factory as well. 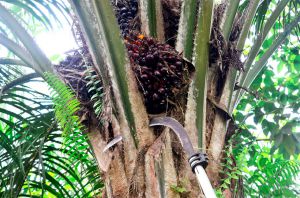 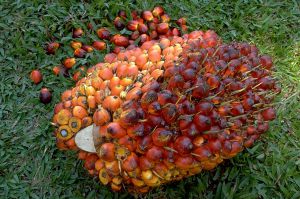 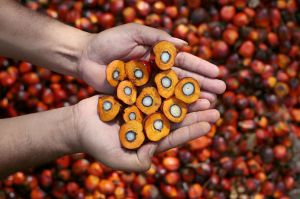 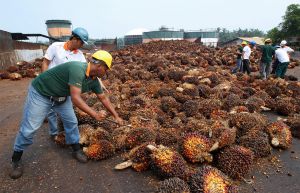 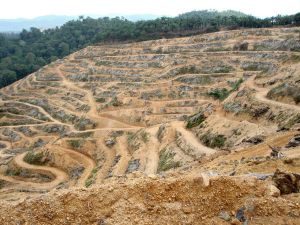 A palm tree gives 5-6 fruit bunches annually. Right after a cluster is cut, another starts to grow, so each tree gives a 15 kilogram fruit every 6-8 weeks. It provides non-stop, but seemingly hard labour for locals. This plantation has to be harvested continuously and systematically.

This entry was posted in Food&Drink, Malaysia, Nature.