The snow leopard is native to the Rocky Mountains and plateaus of Central Asia at altitudes of 3500-6000 metres. It hunts for its pray in a huge hunting area. Snow-leopards go hunting usually in the twilight and the night, looking for wild goats and sheeps. After lurking for a long time, they attack very fast and leap over distances up to 10-15 metres. They mostly live alone in the wilderness except the mating period. Mothers usually give birth to 2-3 cubs between rocks or in caves, and raise them on their own. Mothers’ fur provides insulation in the nest. Their lifespan can be 20 years in captivity.

Their dens can only be found at high altitudes far from the civilization, and since they live a nocturnal lifestyle, one needs much endurance and luck for observing these animals. There are some beautiful specimens in Szeged Wildlife Park and there has been a population growth in the last years. I made a photo of one of them while having a siesta in the shadow. 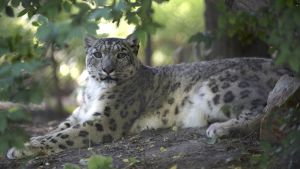 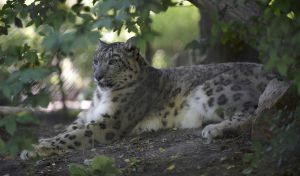 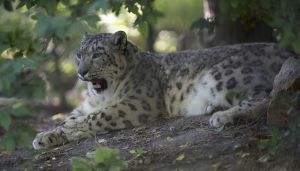 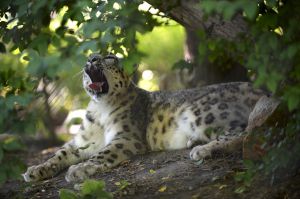 This entry was posted in Animals, Hungary, Nature.